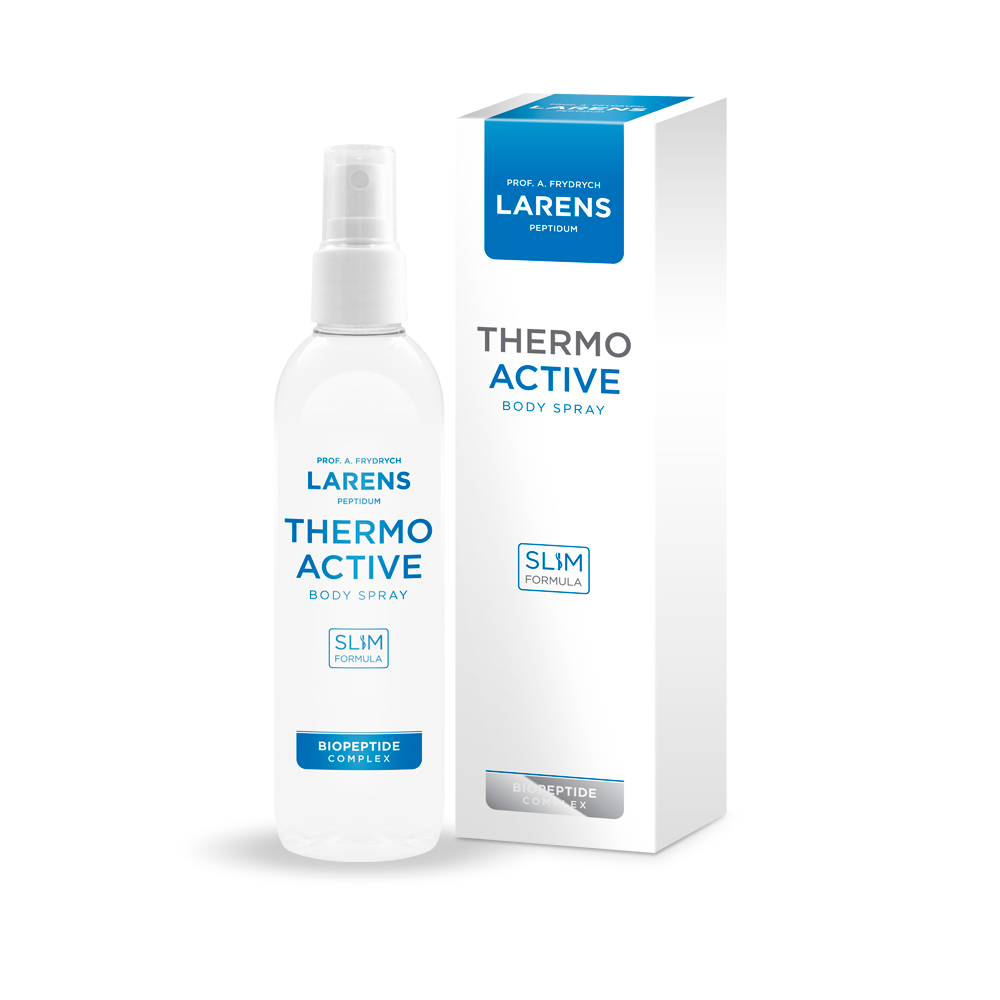 A revolutionary preparation in spray form. In addition to Biopeptide Complex it contains Lipout™, an active ingredient derived from marine algae, which due to its proven efficacy can be an alternative to invasive treatment reducing excess accumulated fat.
Read more

A revolutionary spray based on Lipout™, a component of marine origin - the microalgae Tisochrysis lutea, which the guarantor of lasting slimming and anti-cellulite effects.

The preparation activates the fat burning process in subcutaneous fat tissue, reducing its excess and re-shapes the body's figure. A thinning effect is accompanied by the restoration of power, firmness and skin elasticity together with the alignment of its structure.

The effect is noticeable just after 28 days of regular use. The effectiveness of the preparation was confirmed by in vitro and in vivo studies. Lipout™ is an alternative to invasive treatments reducing excess accumulated fat. It has the ability to transform adipose tissues into active tissues burning fat.

The effect is already noticeable after 28 days of systematic use. The effectiveness of the preparation has been confirmed by in vitro and in vivo studies on a group of 61 women and men between 18 and 60 years old. Systematic use of Lipout™ for 56 days:

Lipout™ - a pure form of unicellular algae extract (Tisochrysis lutea) with a unified content of xanthophyll and rich amounts of polyunsaturated fatty acids. Is an active ingredient capable of stimulating browning of adipocytes, activation of thermogenesis and fat burning, which results in the reduction of subcutaneous fat tissue in both women and men.

Take off the way you want to!

Compose your own WellU StartBox